MELISSA LYTTLE | Times
SP_345156_LYTT_MOTEL_7 (November 22, 2011, St. Petersburg, FL) Christopher "C.J." Stone Jr., 15, jumps to see over the privacy fence erected on the northside of the Mosley Motel, and into the parking lot of the neighboring Economy Inn Stadium Motel, where his mom had gone to look for him when he disappeared for a few minutes. As C.J.'s mom tried to re-enter the Mosley, the clerk at the front desk stopped her, saying she was seen on the security camera slipping into the Economy Inn, so it was assumed it was for a drug deal. The Mosley has taken great measures to clean up their act, reduce the number of police calls and to separate themselves from the Economy Inn, where drugs and prostitutes run rampant. [MELISSA LYTTLE, Times] 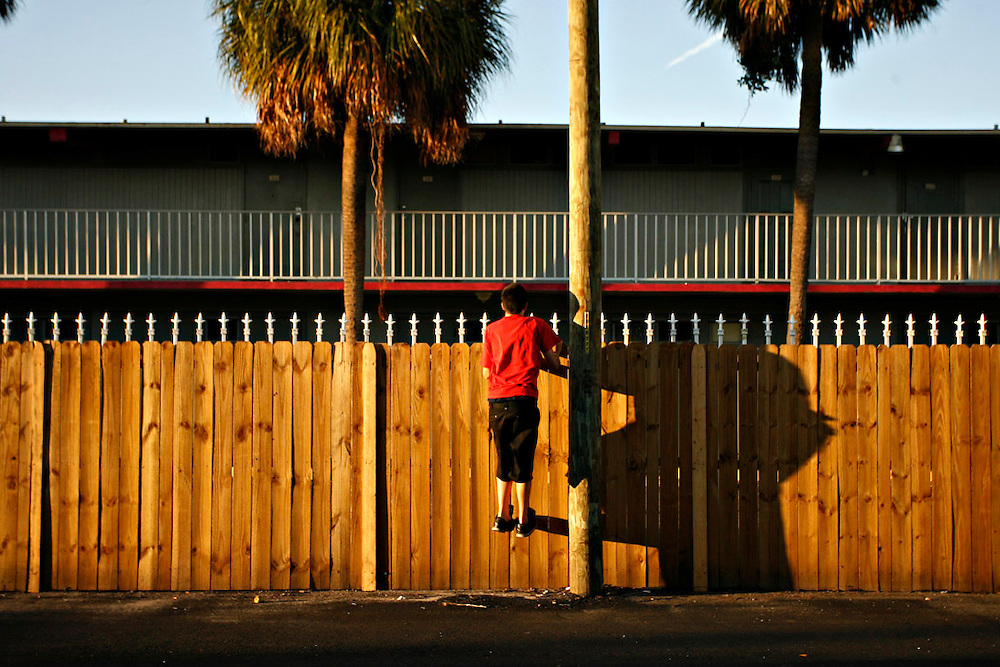