MELISSA LYTTLE | Times
SP_351237_LYTT_TWINS_2 (March 16, 2012, Clearwater, Fla.) While Olivia Scheinman, 7, and her parents sat on the sidelines cheering Hailey on during her soccer game, a family approached and complimented Olivia's wheelchair saying their daughter Olivia had the same one. The moms Allison Scheinman and Erica Reger, left, bonded over both having daughter's with disabilities named Olivia, while the dad's Jon Scheinman and Craig Reger bonded over having daughters playing soccer. The Regers recently moved to the area from New York, and their daughter Cassandra, 8, just joined Hailey's soccer team. The families shared their thoughts about therapy, schools and neighborhoods and exchanged phone numbers to keep in touch. Holding his daughter Olivia, 7, in his arms, Craig Reger takes Olivia Scheinman's hand in his and tells her how nice it was to meet her, before the families parted ways for the evening. [MELISSA LYTTLE, Times] 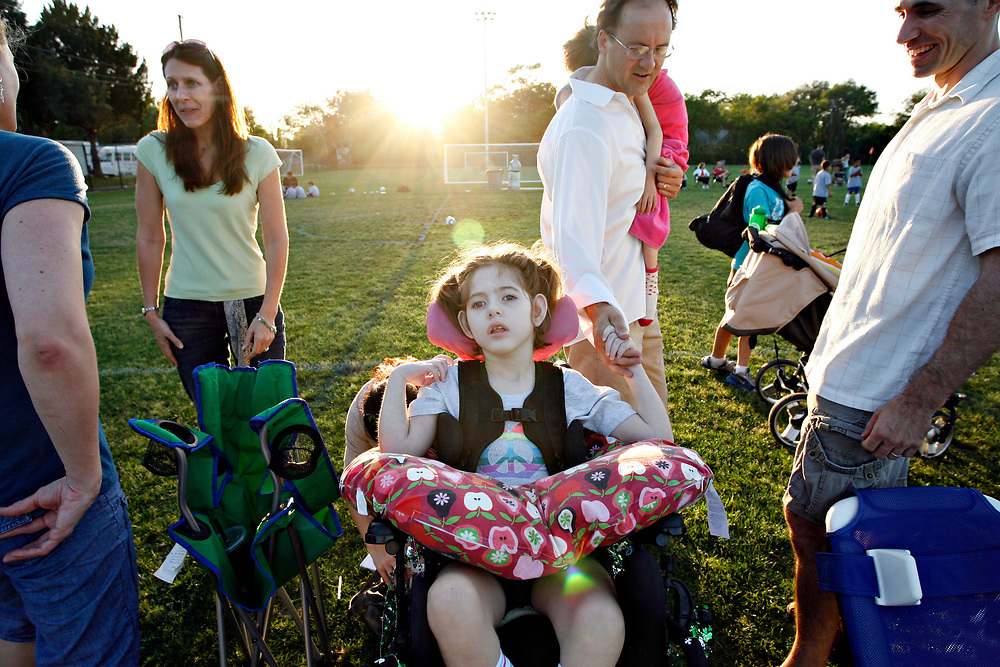