MELISSA LYTTLE | Times
SP_352613_LYTT_MOTELMOM_2 (March 31, 2012, St. Petersburg, Fla.) After leaving the Mosely Motel, Laurie Hathaway and her son Andre, 4, bounced around to other weekly motels before landing at a spot in the RCS Grace House. It was there that she met her boyfriend, Isaias Rodriguez, who has three children of his own that Hathaway would look after while he was working. The couple has been saving money, and on March 31, signed a lease to rent a 3-bedroom house in St. Petersburg. After signing the lease and getting the keys, Laurie Hathaway hugs her son Andre and twirls him around in the empty living room. "I'm so excited," she said. "This is ours, all ours Andre." [MELISSA LYTTLE, Times] 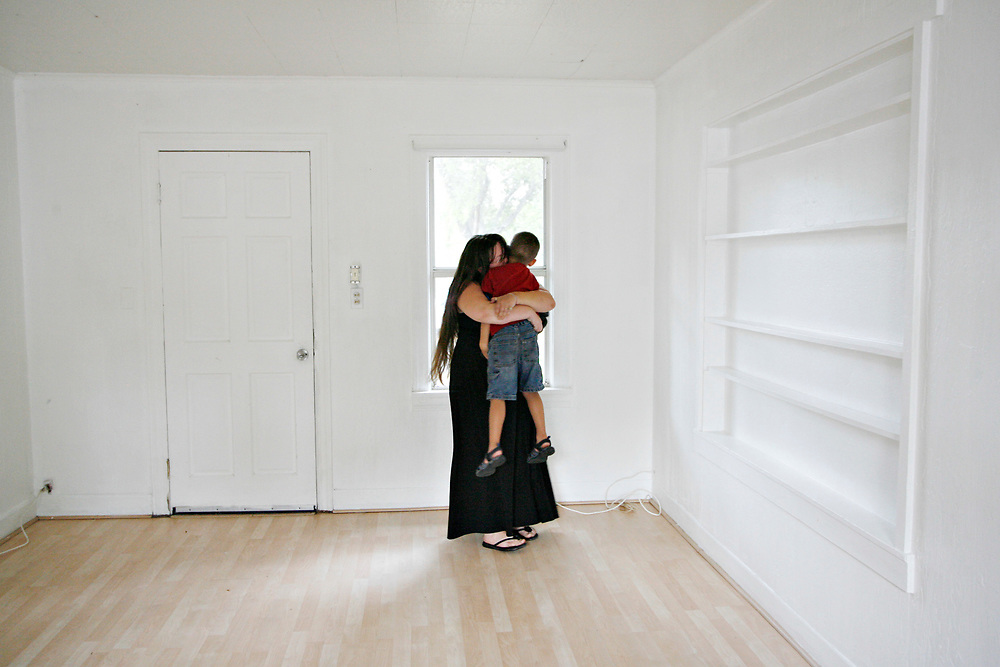