MELISSA LYTTLE | Times
SP_351237_LYTT_TWINS_11 (March 15, 2012, Clearwater, Fla.) Engaged and excited about learning, Hailey Scheinman, center left, loves school and loves being in Colleen Davis' first grade gifted class at Leila Davis Elementary with best friend Ainsley Walling, center, right, both 7. On the last day of school, both girls wrote a letter to their principal, Mrs. Hill, detailing the many reasons they should be kept together and put in the same class next year. Hailey's reasons were: that Ainsley once saved her life on the play ground, she would be lonely at lunch and that Ainsley is "the bestest friend I could ever have." Ainsley's reasons were similar: Hailey's a big help in class, she would also be lonely during lunch and "I would be heart broken." [MELISSA LYTTLE, Times] 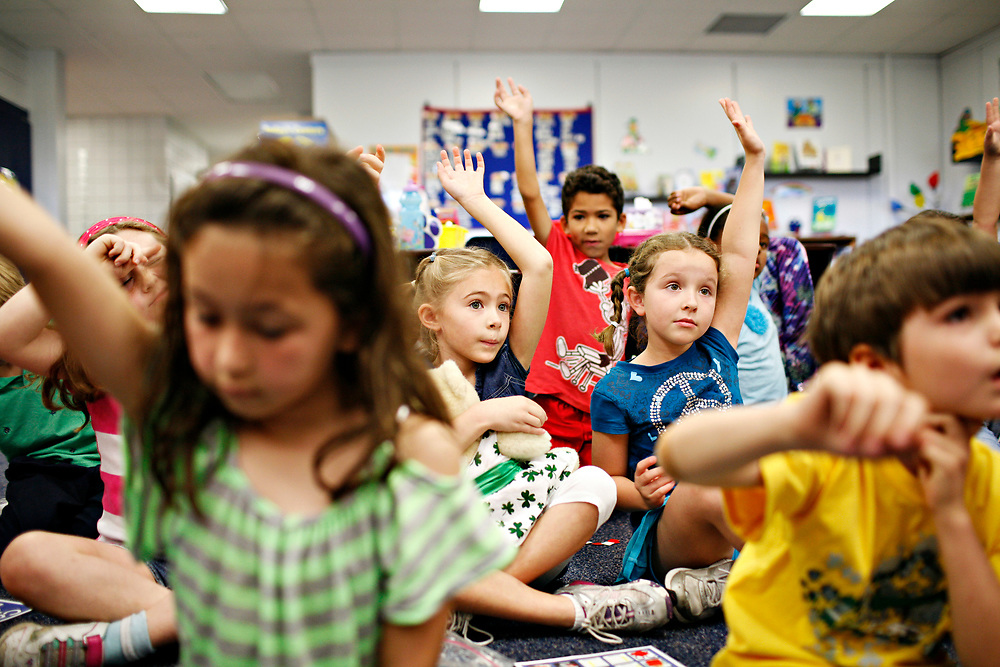