MELISSA LYTTLE | Times
SP_345156_LYTT_MOTEL_3 (November 22, 2011, St. Petersburg, FL) Big, fat, sad tears roll down the face of Andre Hathaway, 4, after being told by his mom that they were all packed and it was now time to leave the Mosley Motel. Out of all the places Andre's family has bounced around to while being down on their luck, the Mosley was the first place with other families. With dozens of kids to play with at the motel, for Andre had made friends for the first time. His mom Laurie Hathaway said that's what he was saddest about leaving behind. [MELISSA LYTTLE, Times] 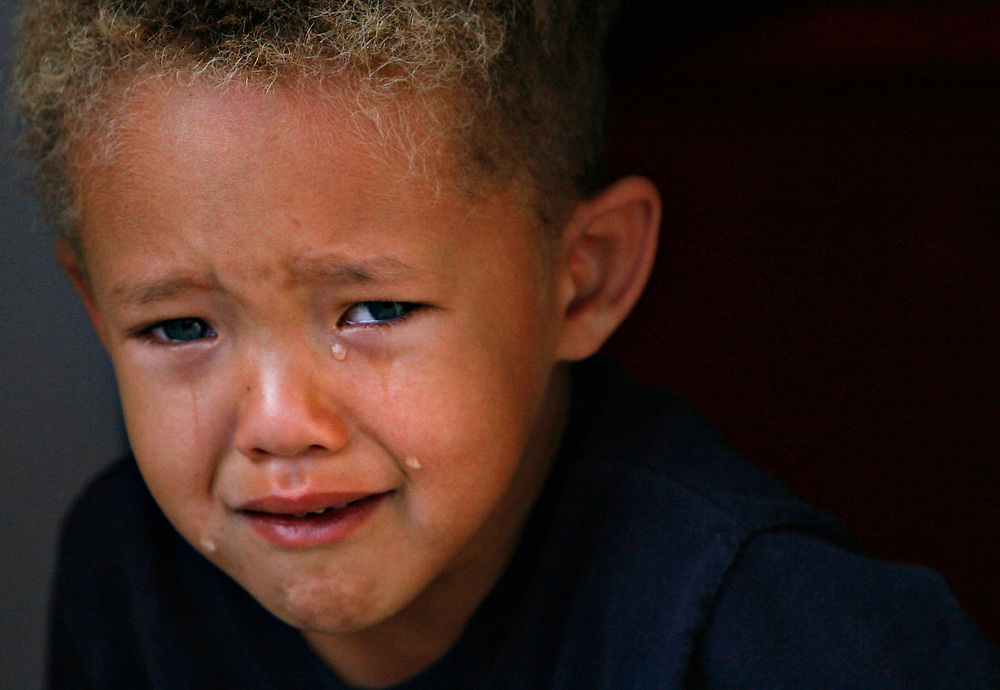